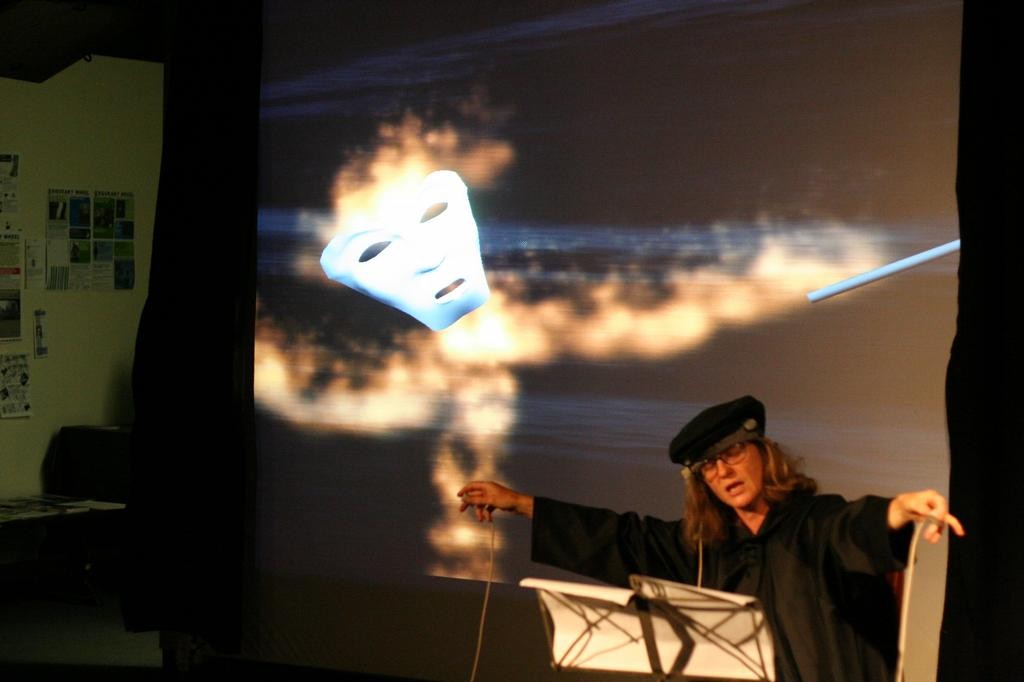 Description DIY Divas is an interactive intermedia performance of the Intermedia Performance Studio (IPS). The basic conceit is to allow audience members to play with a projection of a Diva ego.

When Andy Warhol suggested that everyone would be famous for 15 minutes, he could have hardly expected the contemporary environment in which digital networking sites (e.g., YouTube, Myspace, and Facebook), so-called reality television, and performance-based video games (e.g., Rock Star, WOW) created 24-hour cycles of daily fame. Yet, while everyone is perpetually floating in and out of their own self-actualized fame cycles, stars, celebrities, and other exceptionally famous people continue to dominate American culture. If everyone is temporarily famous, many are modeling themselves on the fame elite, otherwise known as, The Diva.

D-I-Y Diva literalizes the fantasy, projection, and embodiment inherent in such notions of celebrity and stardom in a participatory, real-time virtually created personalized Diva. Drawing both from the elite Diva tradition, and the contemporary “fame-for-all” movement, D-I-Y Diva offers participants the opportunity to create their own Digital Diva persona, and to perform that persona for an audience.

The performance is introduced by three versions of Digital Divas. “Eve” by Melissa Berman with text by Mark Twain, “The Obsessive Diva” by Josephine Anstey, text by Josephine Anstey, and the Office Diva.  All performances are self-contained articulations of the Diva persona, using song and original material to highlight the self-absorption and obsession of the Diva figure. Using a networked virtual embodiment, two pieces appear as embodied performances with a virtual projection of the ego following the movements of the actors, the third, Office Diva is an autonomous computer-based performance.
Dave Pape’s site