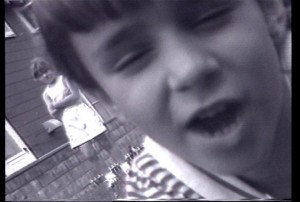 Short Description “Let’s Play Prisoners (1988) explores power between women through a story about two girls whose childhood rituals and dares take on a distinctly sadomasochistic tone. The story, read by an adult woman (the story’s author, Jo Anstey) sitting on a couch, tells of childhood games of imprisonment, physical restraint, humiliation, and pain from the victim’s point of view, probing how the girl’s masochism and desire for approval compel her to comply with her friend’s increasingly cruel requests.”